Awards
In this section 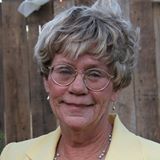 Each year, KMEA Northwest District awards up to three $500 scholarships to junior or senior college students who are majoring in music education. The scholarship was renamed in 2012 to honor lifelong music educator Julie Groom, who served the NW District.

Julie Groom was an outstanding music educator, musician, and friend to many throughout the NW District. She served her profession well. Music advocacy was a passion of Julie's. Her vision and leadership shaped the NW District into what it is today and has impacted countless musicians through the years. She believed strongly in the small schools that populate the NW District, spending countless hours to improve students' music education and experiences.

Thirty years ago, this district only had a HS Honor Band and HS Honor Choir. Julie understood that the middle school students needed to be involved as well. It was through her leadership that the JH Honor Band and the JH Honor Choir were created. In order to accommodate both levels of students, Julie created the two mini-convention format; one in November and one in December. Julie also led the charge to alternate Saturdays in December to reduce conflicts with athletic events. With the addition of the two middle school groups, Julie also was instrumental in creating the HS Honor Jazz Band.

Whenever a problem arose, Julie presented well-thought solutions, always considering the needs of NW District students. The number of HS Honor Band students increased when audition material was changed. The KMEA All-State 1234A Band was in the very beginning stages when Julie was serving as NWKMEA President. She believed strongly that having two All-State High School Bands would benefit the small school students of the NW District. Julie would be happy knowing that today, the KMEA All-State 1234A Band is flourishing.

Julie also felt the need to help college students majoring in music education by awarding scholarships. She hoped these students would return to the NW District to teach. As the NW District treasury grew, Julie saw to it that a scholarship program was established. To be eligible, a student must be a junior or senior majoring in music education and a graduate of a NW DIstrict high school. Students must be nominated by faculty members, former teachers or adults. Up to three $500 scholarships are awarded each year.

In March 2012, Julie lost her life and the scholarship was renamed as the Julie Groom Memorial Scholarship to honor her memory and the passion Julie had for music education.